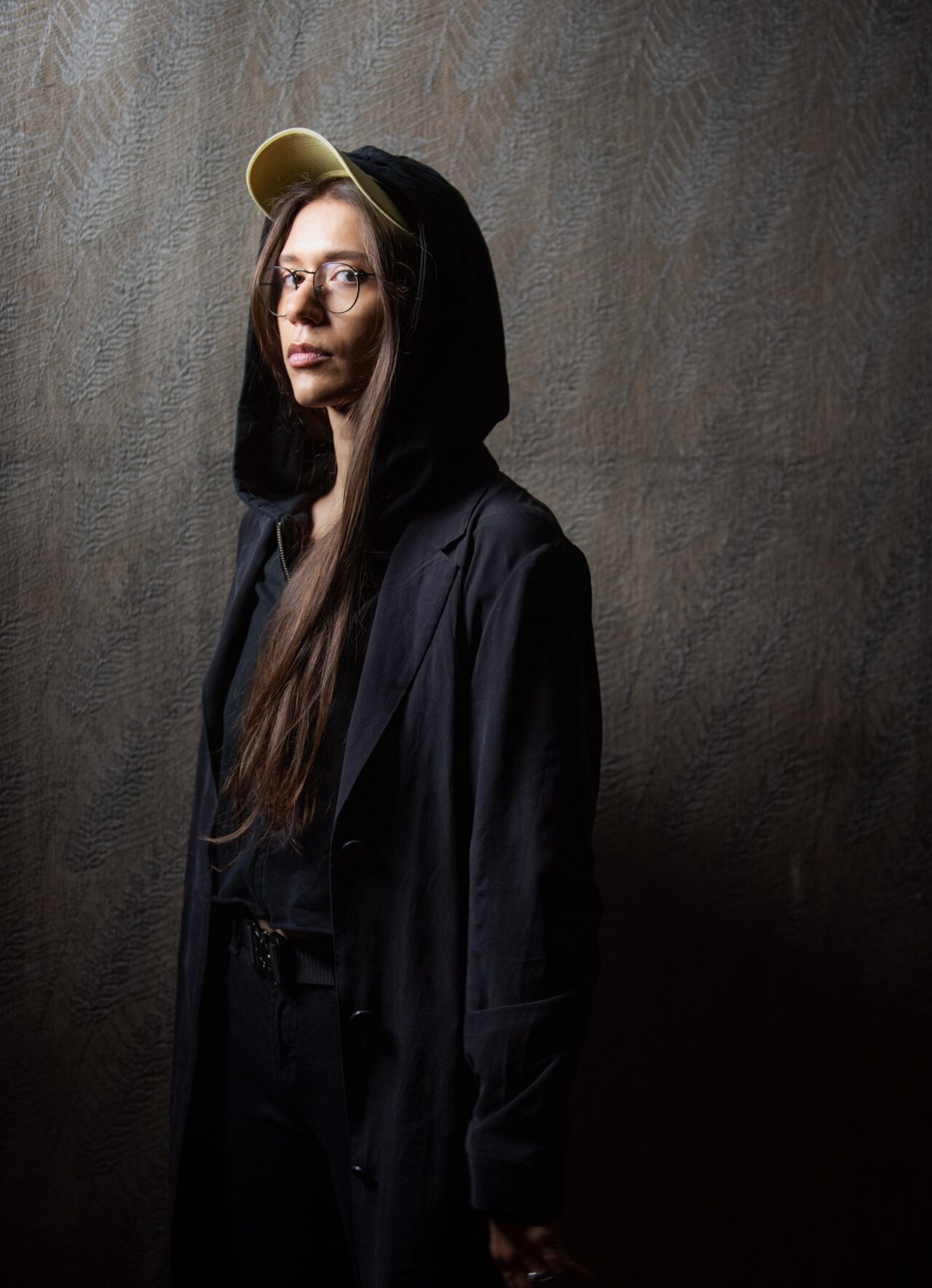 Composer born in 1991 in Cracow. Lives in Warsaw. Creates instrumental, electroacoustic and electronic music. She plays the violin, electronica and waste. Her works have been performed at various festivals, including the Warsaw Autumn Festival, Musice Electronica Nova, Sacrum Profanum, Unsound, Containerclang (Cologne), and the Bedingo International Festival of Exploratory Music.
She has collaborated on film productions (Tower. Bright Day dir. by J. Szelc, Prime Time dir. by J. Piątek, Sole dir. Sironi), theatrical performances (Hymn to Love dir. M. Górnicka (Best Music at the 10th Divine Comedy Festival), Listopad dir. T. Węgorzewski (honorable mention at the 3rd edition of the Live Classics festival)), television performances (The Weak, dir. A. Biedrzycki (award for music at Teatroteka Fest 2019), performances (Chorus from the “The Ark of Covenant” by K. Kozyra) and audiovisual installations (Life As We Know It – NOW, in collaboration with the ARK Amsterdam collective).
In 2021 she received an award for the music to Prime Time at the 46th Polish Film Festival in Gdynia and a Passport award from Polityka magazine.

She graduated from the Academy of Music in Warsaw in the composition class of Krzysztof Baculewski.