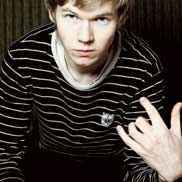 Hana established Jazzuken in Stavanger, Norway in 2003, and operated the jazz club Sting there for three years. He moved to Oslo, where he cooperated with Mats Gustafsson at All Ears (2005).

He has released several albums with the drummer Morten J. Olsen as MoHa!, and contributes to the quartet Ultralyd together with Kjetil Møster (saxophones), Kjetil D. Brandsdal (bass) and Olsen (drums). He played guitar with the rock band Noxagt. He and Møster are the duo Hakj; with Olsen and Andrew D’Angelo they are the trio Morthana; and as a duo with Paal Nilssen-Love they released the album AM/FM (2006) on Utech Records. He has been in a trio on the Norwegian jazz scene with Per Zanussi and Børge Fjordheim. Hana has performed and toured with Jaga Jazzist for more than a year around 2005.

Hana took a master’s degree in coastal ecology at the University of Agder in 2014, and has since been involved in several wildlife projects, for example at the aquarium Atlanterhavsparken in Ålesund where he since 2017 has led a research group working on the potential reintroduction of the Humboldt penguin in Nordland county.