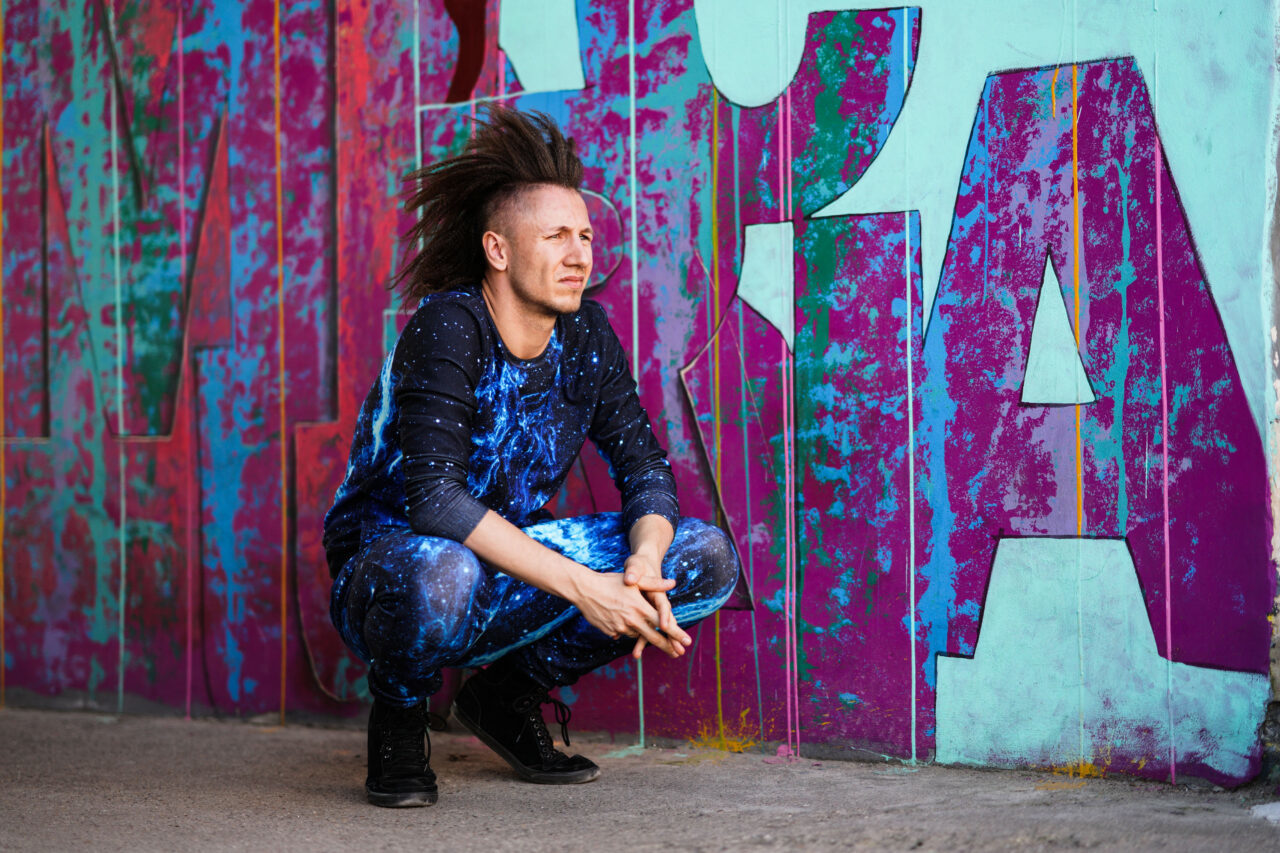 The music and sounds sees the ease and conventionally. The most important is dialogue and encounter with another human. Any form emit a sound, it is facilitated to make contact with people, is inspired by the elements most often not directly related to music, as he says ,, old washing machine, a blade of grass, the sound of the engine of the bus, or even usually a chair in the middle of a scene can be inspiring.

Every concert is completely different. The only constant element is the instrument.’’ He has performed at such important festivals as A L’Arme Festival in Berlin, Sharpe Festival in Bratislava, LEM Festival in Barcelona or the Oct Loft Jazz Festival in Shenzhen and Ring Ring Festival in Belgrade.